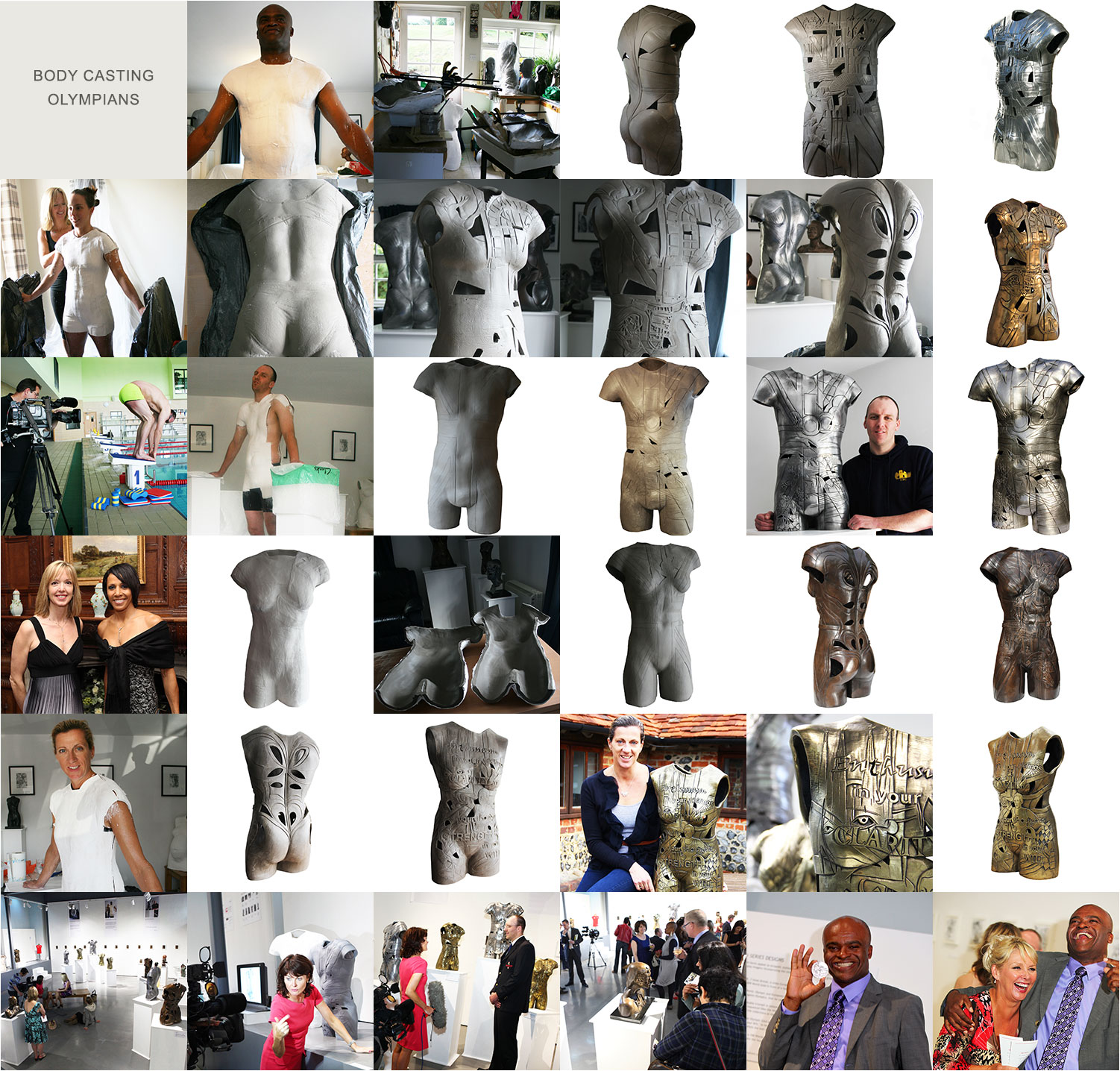 'I'm impressed by people who commit to goals with determination as this makes them powerful; these Olympians are awe-inspiring both physically and mentally… This is a great opportunity for me to work with extraordinary people, celebrate British success and to help raise money for a worthwhile cause.'

In an exhibition supporting the brain injury charity, Headfirst, detailed Olympian Series sculptures were exhibited alongside the body casts of her famous models, photographs, bronze plaques and drawings. Olympian Series sculptures' backs appear as stripped, stylised musculature while the fronts display narrative imagery of the Union Flag and the 'greatest sporting achievement' chosen by the athletes.

Subsequently, the artist has cast and sculpted many other sports men and women including Lord Colin Moynihan, Heather Mills, Eddie 'The Eagle' Edwards, Jon-Allan Butterworth MBE and John Kirk MBE. She finds their choice of imagery illuminating:

'There clearly is no common idea of what is considered success by world level achievers. At its most obvious, a gold medal is a clear indicator but my models often wish to commemorate aspects of the journey, or a personal insight into what they remember clearly or consider most valuable.'