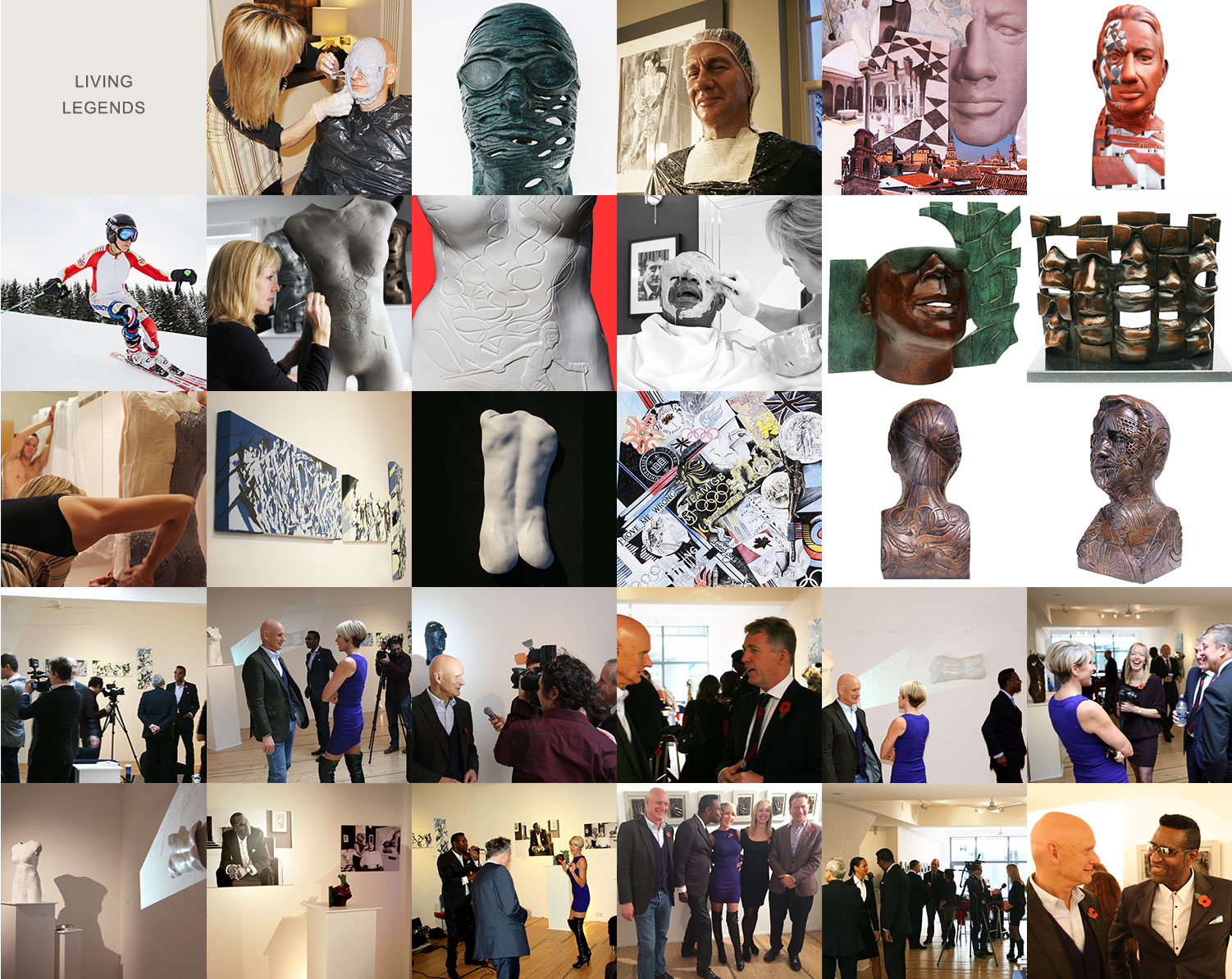 For this project, the artist was interested in working with athletes and others in the public eye who had opportunity to work in different spheres, especially focusing on the areas in which they achieved, the places in which they felt most to be themselves and their philanthropic work:

'This is a show about extraordinary people. My sculptures are carved with people's passions or their achievements – while interviewing and researching, I was amazed by how modest these incredible people are.'

The project commenced in 2011 and completed with an exhibition at Gallery DIFFERENT, London W1 in November 2014 when Heather Mills and Reuben Richards opened the show. Also in attendance were Michael Portillo, Duncan Goodhew MBE, Maj. (Retd.) Mike Moran MBE, Brig. (Retd.) John McIntosh, Lt. Col Pat Gibson MBE and other serving and ex-members of British Military who were collaborating with the artist's post-WWI war veterans project.